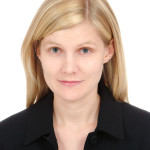 Kirsten has worked with established companies, startup companies, and outstanding individuals from many different fields.  She also has experience practicing before the immigration court. In addition, Kirsten has lived in various locations in Asia, including China, for several years, and speaks fluent Mandarin Chinese. Kirsten also speaks some French and Spanish.